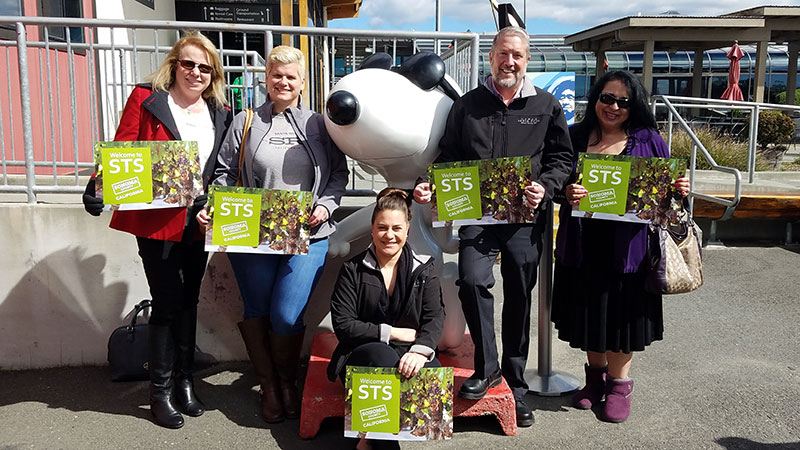 “It’s exciting to welcome new air service to and from Denver, and United Airlines’ decision to open up the Santa Rosa market speaks to Sonoma County’s increasing appeal both in the business and leisure markets,” said Peter Rumble, CEO of the Santa Rosa Metro Chamber. “We are particularly excited about the opportunity to attract more in-bound business travelers from the high-tech sector. Santa Rosa’s appeal as a world class destination, and United’s addition of nonstop service to Denver addresses a growing need in our market.”

A study by the Sonoma County Airport showed that each new airline route creates direct and indirect benefits of 70 new jobs, as well as an annual infusion of $23 million into the local economy. The added connectivity to Denver and other cities across the globe from there also creates efficiencies for large employers with business travelers like Keysight Technologies, Medtronic, Viavi, and Jackson Family Wines, among others, allowing their workers to bypass the commute to the airports in Oakland or San Francisco.

“From a tourism perspective, we are delighted that United Airlines had extended their service from Denver,” said Brad Calkins, Executive Director of Visit Santa Rosa. “Adding non-stop air service from a strong market like Denver gives both local residents and visitors more travel options including the ability to reach many Midwest and east coast destinations with one stop from United’s major hub in Denver.”

Denver has been a targeted destination for over a decade. The Santa Rosa Metro Chamber is thrilled to finally see this route come to fruition. We are grateful to the Sonoma County Board of Supervisors, Sonoma County Tourism, Visit Santa Rosa, and local Chambers and businesses that supported this bid for airline expanded service.


Send this page to a friend