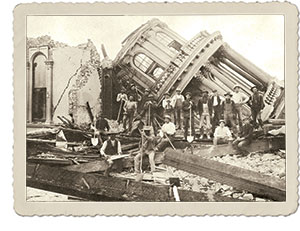 The Santa Rosa Chamber was born in the rubble left by the 1906 earthquake as the rebuilding of Santa Rosa began. Our community was hit harder, per capita, than San Francisco and there was need for a business organization to lead the effort to re-create a vibrant economy for our citizens and our community. The Chamber was created to fill this need.

Ever since then, our Chamber has played a dynamic leadership role in our community, not only helping individual businesses to be more successful but also tackling the challenges that confronted our community. And the list of our successes is impressive especially when viewed from the context of Santa Rosa today. 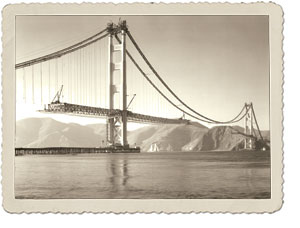 This was just one of the key infrastructure projects that the Chamber helped lead to form the backbone of this community. In 1929, the Chamber in collaboration with the City of Santa Rosa deeded, free of charge, land to the new Junior College District. That land has become the Santa Rosa Junior College Campus we know today. 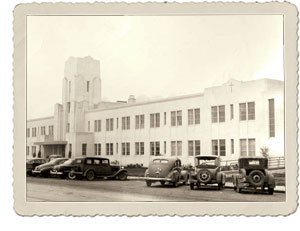 Years later, the Chamber helped raise the funding that persuaded the Sisters of St. Joseph of Orange to take on the operation of Memorial Hospital.

The Chamber played a critical role in numerous other community achievements that followed including the attraction of commercial airline service to the Sonoma County Airport, the widening of 101, funding for the SMART Train, extension of the Airport runway, and the reunification of Courthouse Square.